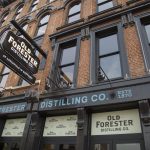 It may be Bourbon Day every day in Kentucky but on Thursday, June 14, America’s native spirit gets the national recognition it deserves with National Bourbon Day. There will be no dry glasses or shortage of ways to celebrate. 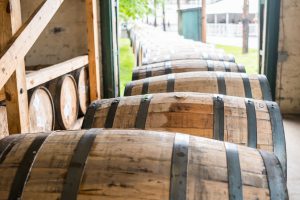 Every bourbon is a whiskey but not every whiskey is a bourbon. Bourbon can only be a bourbon if distilled in the United States and the mash must be 51 percent corn, it must be stored in a new charred-oak barrel and cannot enter the barrel at higher than 125 proof nor can it enter the bottle less than 80 proof.

According to Charles K. Cowdery, Author of Bourbon, Straight: The Uncut and Unfiltered Story of American Whiskey, Bourbon gets it’s name from old Bourbon County. When American pioneers pushed west of the Allegheny Mountains following the American Revolution, the first counties they founded covered vast regions. One of these original, huge counties was Bourbon, established in 1785 and named after the French royal family. While this vast county was being carved into many smaller ones, early in the 19th century, many people continued to call the region Old Bourbon. Located within Old Bourbon was the principal port on the Ohio River, Maysville, Kentucky, from which whiskey and other products were shipped. “Old Bourbon” was stenciled on the barrels to indicate their port of origin. Old Bourbon whiskey was different because it was the first corn whiskey most people had ever tasted. In time, bourbon became the name for any corn-based whiskey.

The rise, the fall and the rebirth of bourbon has been quite established over the years. Going from the drink of choice in what many would call the “Mad Men” era to losing popularity in the following decades only to have interest in the bourbon industry explode again in modern day.

In Kentucky alone, the bourbon industry alone is said to be  worth $8.5 billion with 1,886,821 barrels filled last year alone. Distilleries continue to be popular attractions for tourists and bourbon enthusiasts.

So, here’s to those across the country enjoying what the Bluegrass State has perfected.