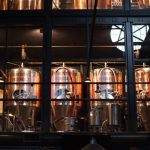 On Saturday, June 23rd, at Louisville Waterfront Park’s Festival Plaza, the Kentucky Guild of Brewers will host its second annual brew fest, the Kentucky Craft Bash presented by Hopcat. The KGB brewfest will be the state’s largest beer festival featuring beers produced within the Commonwealth by Kentucky Craft Brewers. This event will host over 35 Kentucky breweries highlighting more than 90 different beers. Not only will you enjoy the Kentucky brews you know, you will also try exclusive, experimental beers hard to find outside the fest, as well as brews that never make it out of the brewery’s taproom.

Forcastle Announces Official Kick-Off Party at Against the Grain