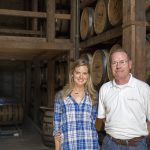 Forcastle Announces Official Kick-Off Party at Against the Grain

Forecastle Festival and craft brewery & smokehouse,
Against the Grain, are again teaming up to host the Official Forecastle
Festival Kick-Off on Thursday, July 12, 2018. 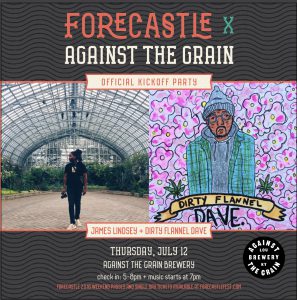 The official kick-off of the three-day celebration. will feature local eats, drinks and live music from Dirty Flannel Dave and James Lindsey on the patio of Against the Grain, located at 401 E Main Street at Louisville Slugger Field. All General Admission, Yacht Club and VIP weekend pass holders, plus VIP Friday daily ticket holders may pick up their wristbands in advance at the event.

Forecastle will be hosting a limited release of Against the Grain’s Bo & Luke Imperial Smoked Stout, aged in bourbon barrels. The special brew will be available in Kentucky Landing during the Festival, July 13-15. Keep an eye out for an appearance by the Bo & Luke puppets from Squallis Puppeteers, designed by Robby Davis, as this exclusive beer is being poured.

The Bourbon Academy at Woodford Reserve