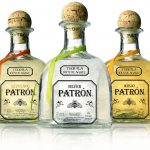 Roll out the Barrels

[dropcap]I[/dropcap]nside this family-owned distillery rackhouse located in Bardstown, Kentucky, the intoxicating aroma of aging bourbon combined with the visual of barrels stacked on top of each other provides an image and experience that has become synonymous with Kentucky culture. 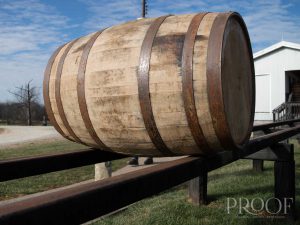 Outside the rackhouse, bourbon barrels can be heard rolling down the track, sounding as if a roller coaster was picking up speed, the charred white oak barrel turning over and over until it reaches the end and is loaded into the truck.

For the group of bourbon and beer enthusiasts gathered around on Monday, it’s a spectacle. For the Lexington, Kentucky brewers in attendance at the historic Willett Distillery, it’s the beginning of a process.

As members of the Kentucky Guild of Brewers, Lexington’s biggest names in the brewing industry along with brewers from around the state, are here to collect selected used barrels for an experimental series of beers to release at the second annual Kentucky Craft Bash festival in June.

“It’s fun for us as brewers to get everyone together and partner with an awesome distillery with a crazy good name [Willet Distillery],” co-founder of Country Boy Brewing Daniel Harrison said. “To partner with them and to be able to release these beers for the Craft Bash next year, to be the only place where you can come and meet all of the brewers and taste all of the beers in one spot, it’s a pretty unique experience for the drinker and for us.”

Born and raised in Georgetown, Kentucky, Harrison was a longtime craft beer enthusiast but according to him, the idea of Country Boy Brewing started in…Japan. After his friend and eventual Country Boy Brewing partner, Nathan Coppage, moved to Japan to teach English, Harrison joined him. Looking at Harrison with his big beard, ball cap and bright orange company jacket, imagining the country boy in Japan is hard to grasp.

While in Japan, He and his partner had a blog about craft beer in English and it was one of the only ones at the time. They called it ‘Good Beer and Country Boys.’ It was also where they met Brian Baird who has a brewery in Japan, which is still very popular. He took them under his wing and infected them with his passion for craft beer and when they came back to Kentucky in 2010, they decided to start a brewery in Lexington. It finally opened in 2012 and their success has resulted in Country Boy building a facility in Georgetown that opened in February of this year.

Harrison is one of the founding members of the Kentucky Guild of Brewers where he now serves as Vice President. When it started, there were only a handful of them sitting around a picnic table for meetings. Now, it’s a common occurrence to see 100 to 200 people in a meeting thanks to how the state has embraced craft beer.

Country Boy Brewing’s four Kentuckian co-founders have come a long way since they opened on a dual two-barrel system and fermented in dairy cream separators while making their first beer “Snake Bite,” which Harrison described as “terrible” before finding their groove. He now has a vision for their brand.

“I want to sell beer on the moon one day,” Harrison laughed. “Now we’re just country boys and girls trying to make the best damn beer in America and represent Kentucky well.”

[dropcap]S[/dropcap]trolling through the distillery’s tasting room, fellow brewers and craft beer fans are seen congregating around Lexington’s Blue Stallion Brewing Company founder Kore Donnelly. He’s well respected in this market and he sees the KGB event as a chance to mingle with friends instead of being competitors. 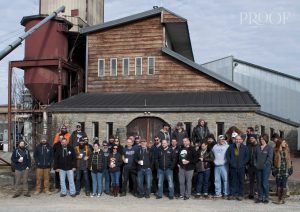 Members of the Kentucky Guild of Brewers standing in front of the Willettt Distillery.

“We already have a built-in camaraderie among the breweries,” Donnelly said. “There’s a pretty thorough understanding that it works a lot better for all of us if we can create more craft beer drinkers instead of trying to fight each other for the existing craft beer drinking market. “

They understand, on some level, that they’re all in this together so events like this to prepare for the Craft Bash festival lets them get together and laugh and share notes on what they’re doing professionally and build on that camaraderie. It was West Sixth Brewery who helped Blue Stallion with paperwork and any questions they had, which Donnelly wants to pay forward.

Blue Stallion Brewing focuses mostly on German-style lagers and British Ales, Munich-style Dunkel, Amber lagers and offer a decent amount of American styles in house but their flagships are German style. It’s the result of discovering what they loved most during their days of homebrewing.

With the exception of one co-founder who’s from Germany, the other partners are all from Lexington and have been homebrewing for over a decade. Growing up in the 80s and 90s, seeing that there wasn’t much of a beer scene in Lexington, they discovered home brewing and felt it was obvious that the city could be a great market to make and sell what they love.

“I have a hobby and love for science, chemistry and biology. The hobby of home brewing gave me an outlet to explorer chemistry and the intricacies of that and all of the variations you can get with yeast and ingredients,” Donnelly said. “after a year of doing it, it became obvious that craft beer isn’t happening in Lexington and then Alltech opened up and ultimately helped develop the pallet of Lexington for craft beer. It gave us the opportunity to have an audience so we weren’t doing all of the work to build an audience.”

The transition from homebrewing to brewing on a big system was interesting to Donnelly. Everything was a lot more automated. You have pumps and gadgets rather than you doing a lot of the work. He found it to not be drastically different than home brewing. Just more water and a lot more grain and according to him, as long as you understand what’s happening chemical wise, you can have a pretty good system. 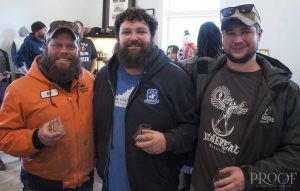 After four years of finding its niche in the Lexington market, Blue Stallion and Donnelly wants to build on its reputation and believes the bourbon barrel craft beer could build to a legacy and help further their climb.

“We want to be a household name in Lexington,” Donnelly said. We want to brew as much as we can and fill the Lexington market and we’re not far from that dream.”

[dropcap]S[/dropcap]tanding in front of the rustic door that leads to the distillery and dons the emblem of Willett’s iconic Pot Still, Ethereal Brewery’s 31-year old co-founder, Andrew Bishop, comes off as a personable and passionate brewer whose ambition and potential is clearly evident.

“With an event like this encompassing multiple breweries, it’s neat because you get pigeonholed with certain things. When somebody hears you got a beer coming out of a bourbon barrel, the first thing they usually think is a Dark Stout,” Bishop said. “What’s neat about this opportunity with 12 or 13 different breweries filling these barrels, is that you can put an IPA in a barrel and have it come out great. When we do release these at the Kentucky Craft Bash, you’re going to see a wide range of beer styles and flavors but the one thing they have in common is they all came out of these Willet barrels where can pick up some of the undertones and the nuances.”

Typically for an ale, Bishop says you can go from grain to glass anywhere from 15-18 days. But they still have that same time frame except after those 18 days, it will go into a barrel and they’ll usually age between 8-10 months to give enough time for the beer to pick up some of the character. If you put it in and pull it right back out, it hasn’t had any time to really mature with the wood but if you put it in too long, it oxidizes and you could pick up too much wood.

You want to find the sweet spot,” Bishop said. “After a certain amount of time, you start opening up the barrel and tasting it and deciding when you need to pull it out. “

Bishop, a Tates Creek High School alumnus and also a psychology major at the University of Kentucky, got the bug for homebrewing when he was 19 after visiting his uncle that worked for Summit Brewing in Minnesota and who was also working on his third bath for a nanobrewery he was opening.

“On the surface, it looked really easy to make beer so when I got home, I got online and discovered you can buy a homebrew kit without being 21 because there’s no alcohol in it,” Bishop said. “You just buy all of the ingredients so they don’t check your age and at 19, I was at 125 State Street in Lexington, making beer on the stove top and fermenting in the closet and really, it was just to say, ‘I’m 19 and don’t need someone to go buy a beer for me.’ It really started more about saying that and snowballed from there.”

While he was in college, Bishop ran into his old high school classmate and now Ethereal partner, Brandon Floan, at a house party. Floan learned to brew in Asheville, North Carolina with his brother and he had some of his beer and Bishop had some of his own beer and since they already knew each other, they decided to brew together.

They did that for four years for fun and then after that, despite pressure from their family, decided that they were going to school for the wrong reasons and left to see if they could make a career out of beer.

As homebrewers, they were brewing about 10 gallons at a time, which can give you around 90 or so twelve ounce bottles. Bishop and Floan were selling their beer to friends and family just enough to pay for the batches. Two years before they opened their brewery in the Pepper Distilling building, the duo discussed a business plan and invested in equipment and worked on repetition.

“A lot of people think coming up with a good recipe is the hardest part of brewing but really, as tough as that is, the hardest part is making that beer taste exactly the same time after time,” Bishop said. “It’s the reason you name a beer and people order it by name because they want to taste that exact same thing so we spent a lot of time refining our practice so that if we named a beer and somebody ordered it, it didn’t matter if it was the first time we brewed it or the 100th time we brewed it.”

Despite the craft beer market becoming very competitive with new brewers having dollar signs in their eyes and an average of two breweries opening up every day in the United States, Bishop sees the brewery’s role as an organic result of passion for the art and a way to build a relationship with the community, which is a large reason why his brewery is participating in the Craft Bash festival next summer.

“We were brewing for four years before we even got the itch to do it professionally. We were brewing just to make beer for ourselves, friends and family and then found out we could turn this into a profession,” Bishop said. “We’re looking to stay small, stay beautiful and staying close to our community and having fun with what we’re doing.” 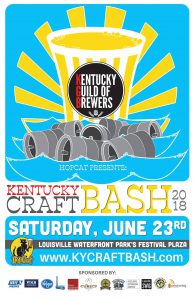 Taste the results of the bourbon barrel-aged beers on Saturday, June 23rd, when Kentucky Guild of Brewers host its first annual Kentucky Craft Bash located at Louisville Waterfront Park. The Kentucky Craft Bash will be the state’s largest beer festival that will exclusively feature beers produced by Kentucky brewers and made in the state. The event will showcase over 30 Kentucky breweries and feature over 70 varieties of beer.