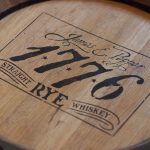 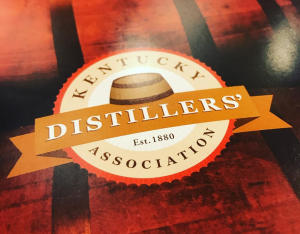 The Kentucky Distillers’ Association honored Louisville Mayor Greg Fischer with the “100 Proof Award” for his leadership in championing the state’s signature bourbon and distilled spirits industry.

He is the first local official to receive this award and is the highest honor the KDA can give to an elected official.

“At a time when Louisville’s Whiskey Row and Urban Bourbon Trail was beginning to experience tremendous growth, Mayor Fischer stepped up and provided real leadership as our industry elevated tourism and expanded into the local food scene,” KDA President Eric Gregory said.

In presenting the award to Mayor Fischer, Gregory noted that the Mayor has created a collaborative working relationship with the tourism, convention, and hospitality industry within Louisville, KY.

“The Kentucky Bourbon Trail is a brand that is driving huge tourism dollars into local communities,” he said, noting that the River City has more KBTÔ experiences than anywhere else in the Commonwealth. “Mayor Fischer recognizes that and wants to capitalize on it to the community’s benefit.”

Greg Fischer is only the 10th person to receive this award that was created in 2009. It specifically recognizes elected officials who demonstrate tremendous care and diligence to promoting the bourbon industry. Previous recipients are:

Proof Award,” Mayor Fischer said. “Beyond the real economic impact of the industry on our city, Bourbonism adds to the ‘cool’ factor we need to attract bright, new talent and makes us a place where people want to live and work. There’s still much room for growth,” Fischer said. “We are only in the first few innings of this amazing capital investment in Louisville. Bourbon is fueling our food renaissance, hotel growth and revitalization of Main Street.”

Kentucky bourbon is one of the state’s most treasured industries. $8.5 million in economic generation and as many as 17,500 jobs with an annual payroll at $800 million. The industry is currently in the middle of a $1.2 billion building boom. Innovative tourism centers all the way to expanding production facilities. Even attendance to the bourbon trail has gone up 314% in the last 10 years. 1.2 million visitors made a stop at a participating distillery just last year.

Congratulations to Louisville Mayor Greg Fischer for a wonderful achievement.