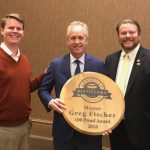 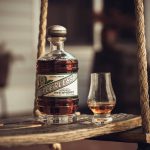 Braxton Brewing Company has come out with a new flavor, a tropic flavor to be exact called…Tropic Flare. It’s considered a “hazy” IPA that was refined over a year of experimentation and innovation. It’s a New England style India Pale Ale, triple dry-hopped, and loaded with over four pounds per barrel of Galaxy , Citra, and Mosaic hops. Flakes of oaks and lactose were added to give a smooth and creamy finish for a true New England IPA. 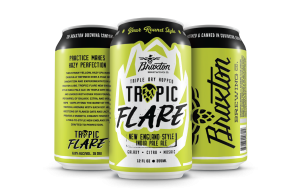 “With the addition of Braxton Labs in 2017, we have been hard at work at perfecting the New England Style IPA,” said Evan Rouse, Co-Founder and Chief Product Officer of Braxton Brewing Company. “Our Lead Innovation Brewer, Zac, has a love for this style and it truly shows. Over the last year and a half we have produced more than two dozen unique NE IPA’s really trying to nail the nuances of the style. With the roots of Tropic Flare coming from very similar recipes as Yesterday’s Headlines Volume 3 and Braxton Labs NE IPA: Citra, Galaxy, Mosaic, we feel this product is a perfect example of the style and more than deserving of being in a year round can.”

This new beer has a low bitterness and tropical fruit flavor, which should make it enjoyable for craft beer lovers and new-to-craft customers. It has a long shelf life and should not fade as quickly as most New England IPA’s.

Jake Rouse CO-Founder and CEO at Braxton Brewing Company says “What’s great about Tropic Flare is its low bitterness that appeals to both IPA lovers and non IPA lovers alike – I can’t wait for everyone to taste it!”

Tropic Flare will be replacing Revamp IPA and will be available in all Braxton Distribution markets beginning the week of December 17.

Kentucky Peerless Distillery and the Prohibition