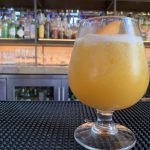 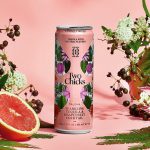 Two barrel warehouses at a Jim Beam aging facility in Versailles caught fire around 11:30 pm on Tuesday, July 3. There were about 45,000 barrels of bourbon in the warehouse. 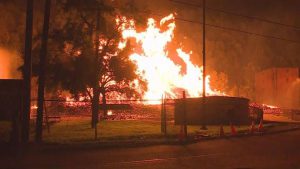 As of early Wednesday morning, Woodford County Emergency Management Director Drew Chandler said one warehouse with about 40,000 barrels of bourbon in it was still burning and it will probably take at least six hours for crews to finish fighting the blaze.

Chandler says it may have been caused by lightning, but nothing has been confirmed.

Wow. These images from the fire at the Jim Beam aging facility are unbelievable. Emergency management officials estimate 45,000 barrels of bourbon were in the rickhouse. Read more here from @WKYT: https://t.co/jYq66lZxjK pic.twitter.com/JQ9hTewYcj

New Sparkling Cocktail just in time for the summer