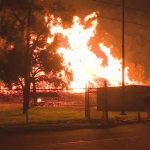 Lockbox launched a new cocktail class series this year to engage with the community and show people who live in Lexington that Lockbox isn’t you typical hotel bar or restaurant.

The new series called Cocktail, Savings & Booze is held once a month on Sunday afternoons and led by Lockbox mixologist and bartender, Norma Beekman. Classes are an hour long, as Beekman walks guests through the process of making three original cocktails. 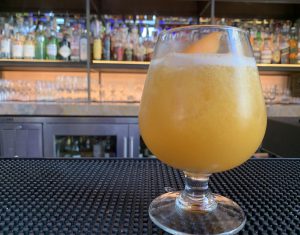 The next class in July is Tiki inspired, and guests should come prepared for a lesson on pina coladas the right way. August’s class will be a collaboration with Justice House of Bourbon. For Bourbon Heritage Month, September’s class will be a special one with Four Roses and followed by a Fork & Bottle Dinner. No class will be held in October during Keeneland, but there are free bourbon tasting in the 21c lobby during that month. November’s class will feature will feature holiday punches, and December will be a Christmas cookie and bourbon pairing class.

One of the main purposes Lockbox launched this new series is to highlight their Bourbon Passport Club, a perks program for attending special events they host. For every event you attend, you can receive a stamp that is redeemable for points towards different rewards, including discounted food at Lockbox, discounted room rates at 21c, and tickets to private tours at Old Forester or Castle & Key. 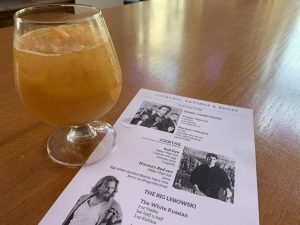 Other events that count towards stamps include Fork and Bottle Dinners and Bourbon Tastings, or ordering a bourbon flight at the bar. Bourbon passports are kept at the bar, so people don’t have to worry about losing it.