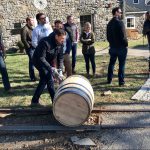 Early Times Whiskey just graduate their one-year old male rescue puppy. What was he training for? What happens now? 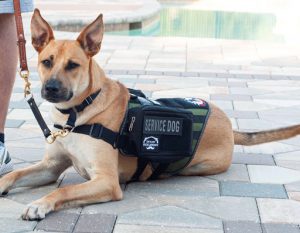 The other day, Earl graduated the K9s For Warriors training program after completing his final step in the 9-month long journey.

This past March, the whiskey distillery partnered with the Kentucky Humane Society to adopt the perfect candidate for the K9s For Warriors program. This program is dedicated to training service canines for military veterans who are suffering from PTSD, traumatic brain injury, or other traumas resulting from post 9/11 military service.

“The minute our team met Earl, we knew he was special and we had high hopes he would graduate and be matched with a veteran,” said Dallas Cheatham, Early Times senior brand manager. “50% of the dogs who begin training do not complete the program due to medical or behavioral incompatibilities. It takes a specific personality to become a service dog.”

Earl began his training in July in Ponte Vedra, Florida and throughout his training, he learned verbal cues like “sit” and “down”. He improved his focus and sensitivity to touch. 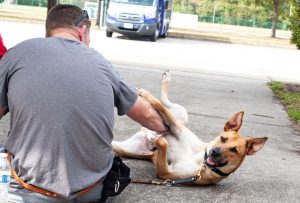 He trained not only at the programs campus, but in many stores, parks, and restaurants to get him comfortable and relaxed in those type of settings.

“Earl has made tremendous growth from the first time I walked into his kennel to the dog he is today,” said K9s For Warriors K9 Trainer, Erik Kolbow. “He learned commands quickly and enjoyed his training sessions because his active brain got to work. He is a very smart dog with incredible affection and positive energy making him a great companion for a warrior.”

Upon his graduation and becoming a certified service dog, Earl was ready to be partnered with a Veteran. Once this match has been made, the Vet will spend three weeks training with Earl side-by-side to facilitate a life-long bond.