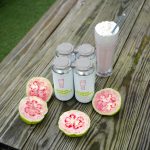 Early Times Kentucky Whisky has announced that they are teaming up with the Kentucky Humane Society. In what way? Has the company adopted a dog? 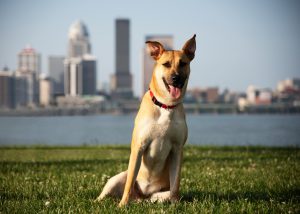 KHS and Early Times are working together to train Earl, a 1-year old male rescue puppy who will become a service canine. Early Times has a long standing partnership with K9s For Warriors, a nonprofit organization that is committed to training service canines for military veterans suffering from PTSD, traumatic brain injury, and other trauma.

Earl will begin his journey in Louisville until the end of the summer and then he will continue his formal service training with the nonprofit. He will ultimately be matched with a veteran at the completion of his training in Fall 2019. 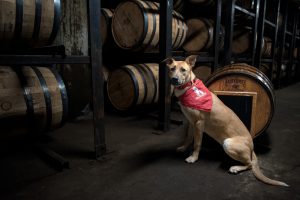 “Early Times has been a longtime partner of K9s For Warriors, and as a truly-American brand with a heartfelt military connection, we wanted to go beyond a donation to show our support,” said Early Times Senior Brand Manager Dallas Cheatham, who is fostering Earl. “The K9s For Warriors program saves lives, and by rescuing Earl as a candidate for the program, we know that more than one life was changed today. It’s humbling to personally have a hand in Earl’s journey, which we believe will lead him to become an amazing companion for a veteran who needs him.”

Just like Earl, the primary source for dogs going through this program are rescues. He will explore Louisville and enjoy visits with his new family at the Brown-Forman Distillery, which is were Early Times is produced.