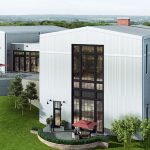 Braxton Brewing Company, based out of Covington, Kentucky, has just created a new drink in their labs. What is it? What are the flavors? 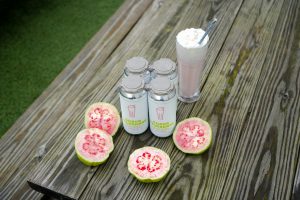 The citra and mosaic hops create the groundwork of a citrus and tropical note while the addition of oats and wheat create a creamy milkshake mouthfeel. Loads of pink guava adds a layer of tropical and stone fruit flavor and is accentuated by time conditioning on vanilla beans.

The Guava Milkshake IPA has a 7.0% ABV and a 25 IBU. Limited number of 16oz can 4-packs are available on Friday, June 21 at the Braxton Labs Taproom.