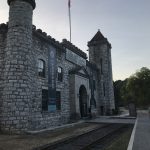 The project included construction of a 30,000-square-foot facility and installation of 19 fermenters and three copper pot stills. The 13 jobs created as part of the project include “storytellers” and managers overseeing the brewery and distillery, visitor center, and overall operations. 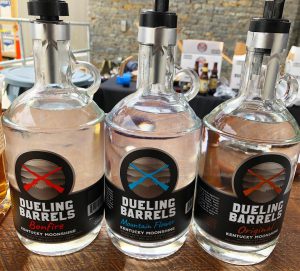 The new brewery and distillery produces a range of craft beers and moonshine, including Hopfield and McCoy IPA, Pikeville Ale, and Apple Orchard, Bonfire, Mountain Flower and Original moonshines.

Several other craft beers will be offered exclusively in the Pearse’s Place taproom, set to open later in the year.

Dueling Barrels was the creation of late Alltech founder Dr. Pearse Lyons, who started the development as an effort to promote tourism in Eastern Kentucky. The additional tourism could help boost the economy in Pikeville, which has undergone a revitalization in recent years, particularly in the downtown area.

Dr. Pearse Lyons and his wife, Deirdre, founded Alltech in 1980 to research and deliver products for the sustainable nutrition of plants, animals, and people. The family-owned company is headquartered in Nicholasville, KY. There are seven production facilities within the state employing approximately 700 people, and globally, Alltech has over 100 production facilities and four bioscience centers.

Dueling Barrels Brewery & Distillery will soon be added to the famed Kentucky Bourbon Trail. This will be the only stop to also showcase brewing, providing a unique experience not offered anywhere else on the trail.