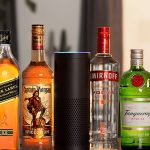 Alltech founder Pearse Lyons has died at the age of 73, following a lengthy hospitalization.

Alltech issued a statement, “It is with great sadness that Alltech announces the passing of its founder and president, Dr. Pearse Lyons. Lyons died on Thursday, March 8, due to an acute lung condition that developed during his recovery from heart surgery.”

Alric Blake, Alltech CEO and treasurer, says, “Dr. Lyons was a visionary entrepreneur who transformed the agriculture industry… From farm to field, from market to family dinner table, our world is immeasurably better because he was a man who never saw problems, only a challenge that had not yet been solved.”

Ten years ago, Dr. Lyons was celebrated on the cover of Ace as “This Year’s Model” in 2008. The country was headed into a recession, and Lyons characterized himself as “a recession atheist,” advising, even in turbulent times, “First, identify the problem. Second, do research. And third, provide the answer.” Jim Host, who first met Dr. Lyons in 1977, said, “[Lyons’] entire business career has been about his vision and his love affair with Kentucky —I consider him Kentucky’s greatest salesman world wide. His offices and manufacturing plants all over the world are built with the Kentucky look. His company is rapidly becoming one of America’s greatest companies in bio-tech development.”

For a company as large as Alltech, Lyons was known for making decisions quickly, and locally. When Jim Host asked Alltech to be the title sponsor of the World Equestrian Games, Lyons said yes in about 10 minutes — claiming it was “the most expensive cup of coffee ever,” but he also described it as the best decision the company has ever made, echoing what Bill Gates had said (if he was down to his last dollar, he’d spend it on P.R.)

Lyons founded scholarships to staunch Kentucky’s brain drain, describing PhDs as being “Poor, hungry and Driven.” He said that while we want them Hungry for success and driven — we don’t want them “poor and certainly not really hungry.” Lyons said we should pay PhDs like they are the future, “because that’s what they are.”

Kentucky Agriculture Commissioner Ryan Quarles says, “Dr. Lyons was, at root, a visionary and an ambassador for Kentucky. When he founded Alltech in 1980, Kentucky agriculture changed forever. The institution he built, the jobs he created, and his boundless zeal for our state lit a spark that spread into a wildfire of innovation for Kentucky agriculture, from animal feed to our beverage, fuel, and industrial alcohol industries.”

A funeral mass will be held in Lexington, Kentucky, on March 17  (Alltech sponsors Lexington’s St. Patrick’s festival on the same day.) A special celebration of life will be held on May 20 at the beginning of ONE: The Alltech Ideas Conference in Lexington.

Public visitation in Lexington will be on Friday, March 16. Arrangement details will be updated at alltech.com/pearselyons.

In lieu of flowers, the family is encouraging donations to the Alltech ACE Foundation, a 501c3 nonprofit organization that funds a variety of philanthropic endeavours around the world from disaster relief to primary schools in Haiti.