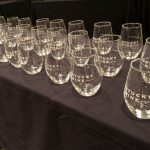 Kentucky Peerless Distilling Co. in Louisville, KY has named Caleb Kilburn their new Master Distiller — the youngest man to hold the title in Kentucky. Kilburn was born and raised on a dairy farm in Salt Like, Kentucky. 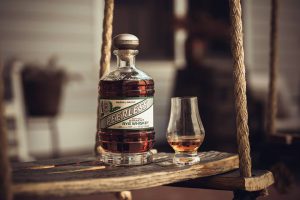 Kilburn attended Morehead University and excelled in courses like biology, chemistry, physics, engineering, and math. He became attracted to the idea of distilling when he learned the process brought together all of his favorite subjects. “I understand how all the pieces and parts come together to build a still, but I also love the science behind distilling,” said Kilburn. “For me, it’s a wonderland of biology, chemistry and physics.”

He signed up to take a distiller’s course that is held by the Distilled Spirits Epicenter, where he would get to meet and befriend people that would later become his mentors. Such people as Rob Sherman, the president of Vendome Copper and Brass Works in Louisville, Kentucky and Randy Allender, Distillery Consultant. Oddly enough, each of his new friends told him to work for the newly revived Kentucky Peerless Distilling Co.

On March 4, 2015, Caleb distilled the first barrel of whiskey in 98 years at Peerless. In Fall 2017, Kentucky Peerless whiskey was named No. 15 in the world by Whiskey Advocate — after only being open for 2 years. And that following Spring 2018, Whiskey Advocate gave them the rank of No. 1 rye whiskey. 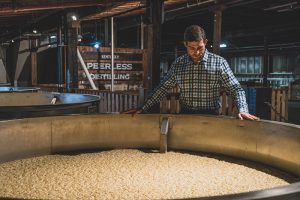 Corky Taylor, owner and fourth generation, was pleased to bestow the title on Caleb. “I am proud to announce that Caleb Kilburn, our head distiller, has earned the
distinction of Master Distiller.” Kilburn spent four years as Head Distiller before becoming Master.

At just 27 years old, Caleb Kilburn is the youngest Master Distiller in Kentucky. Congratulations to you, Caleb, for all your accomplishments in the world of bourbon.