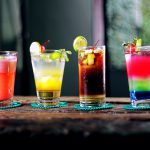 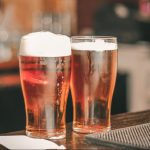 What will this bottle look like? When will it be released? Who designed the bottle? Woodford Reserve is the presenting sponsor of the Kentucky Derby and honors the greatest two minutes in sports with a commemorative bottle of the 2019 Derby.

This coming Derby is the mark of the 20th anniversary for the Derby bottle, which means there must be a celebration. Frazier History Museum is going to have a year-long temporary exhibit of all 20 Derby bottles. It’ll also include the specialty glasses and Woodford Reserve’s mint julep cups. It’ll be called Woodford Reserve & the Kentucky Derby:Two Decades of Artistry, Bourbon, and Horse Racing.

The limited-edition Derby bottle features the artwork of Keith Anderson and will showcase the thoroughbreds racing across the front. This will be Anderson’s second year creating the artwork for the bottle. He is a current employee at the Bourbon Street Cafe at Brown-Forman headquarters in Louisville. 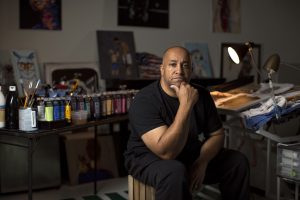 “My vision for this year’s Derby bottle came to me on Derby Day in 2018, when I was at Churchill Downs watching the horses race past me,” Anderson said. “Their sheer power, their colors and the jockeys are seared into my mind — and now featured on the bottle.”

The bourbon distillery has been creating these commemorative bottles since 1999, but only since 2003 have they showcased the work of an artist on the bottle.

The exhibit, which will open on March 20 and run for a year, will be housed within The Spirit of Kentucky. It is a large permanent exhibition about the history, craft, and culture of Kentucky bourbon that the Frazier opened last August. The Frazier History Museum is the official starting point of the Kentucky Bourbon Trail.

The 2019 commemorative Kentucky Derby bottle will be released in March.