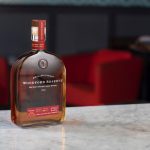 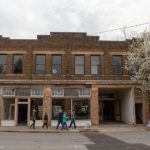 The 2nd annual Castle & Key Cocktail Competition has commenced and it was a battle competition. Where were the participants from? Who won? 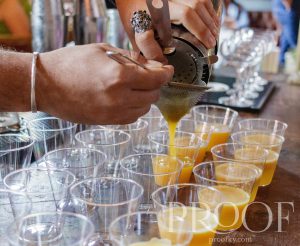 Bartenders from all over Kentucky and Tennessee made their way to Castle & Key for their Cocktail Competition. They were asked to make a modern twist on classic cocktails using Castle & Key Restoration Release Gin. There were 10 finalists that were allowed to showcase their creation to a large crowd and a few judges.

The night began with a happy hour where guests got to pick from two drink options that featured Castle & Key vodka and gin. Hors d’oeuvres were passed around while they filed into the garden area, waiting for the competition to start.

As it got closer to showtime, guests began to make their way back to an older building with lots of charm and character. It was in that building where people got to taste these delicious creations while listening to a live band, Floyd and the Walkmen. Each guests were given a passport where they would get to stamp at every “bar” they tasted a creation.

At each station, there was a flyer that indicated who the bartender was, where they were from/what bar they worked for, and the name of their drink. 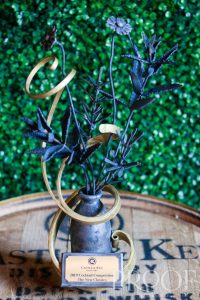 Three judges walked around taking sips of creations and then conferring with one another on that particular drink. In the end, there could only be one winner. Congratulations to Christopher Evans from Bourbon on Rye in Lexington with your creative twist on a classic cocktail, “Purple Key”.