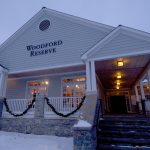 Jack Daniel’s distillery is bring patrons their Jack Daniel’s Tennessee Apple whiskey. When will it hit stores? What is the proof?

This flavor is the newest member to the Jack Daniel’s family and will be rolling out October 1. 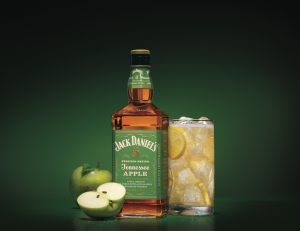 It is crafted with Jack Daniel’s Tennessee Whiskey and is charcoal mellowed and matured in New American oak barrels. The apple liqueur is made from the highest quality ingredients to give that smooth and apple-flavored whiskey taste.

“Mr. Jack was known for being an innovator and always exploring how to do things differently, including adding different flavors and ingredients,” said Jack Daniel’s Master Distiller Jeff Arnett. “Tennessee Apple couples the character of our Jack Daniel’s Tennessee Whiskey with the taste of crisp, green apples. It’s like a freshly picked apple in a glass of Jack.”

This whiskey is set at 70 proof and features a blend of green apples that is enhanced by the sweet notes of Jack. Bottle sizes include 50 ml, 375 ml, 750 ml, and 1-liter.