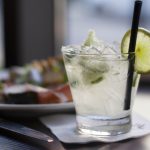 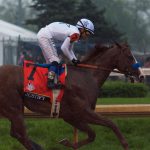 Old Forester will release the double barreled, 1910 Old Fine Whisky this month as part of the Whisky Row Series, as stated in a press release from the company. 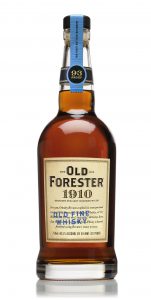 Like others in the Whisky Row Series, 1910 Old Fine Whisky represents a specific point in Old Forester’s nearly 150-year-old history. In October 1910, a fire caused the bottling line to be shut down for an indefinite period of time. During which, a vat of mature whisky was waiting to be bottled. This whisky was instead stored in new, charred oak containers to rest until the line could be repaired. The resulting product, the first documented double-barreled whisky, was both different from Old Forester and remarkable enough to become an entirely new expression – Very Old Fine Whiskey.

“There are often pieces of our brand’s history that we happen upon by accident. Years ago, while searching through archives, we discovered a case of bourbon with a label I hadn’t seen before. We uncovered that Very Old Fine Whisky not only carried a great story, but a previously unknown heritage of double-barreled expressions,” said Chris Morris, Master Distiller, VP Whiskey Innovation, Brown-Forman in a press release.

Today this unique expression of Old Forester has undergone a second barreling in a lightly toasted, heavily charred barrel. Old Forester 1910 Old Fine Whisky is presented at 93 proof and will hit shelves nationally this October.

Tasting Notes from the Master Distiller and Master Taster:

How to get a Maker’s Mark commemorative Justify Bottle