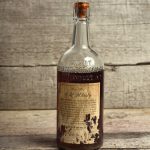 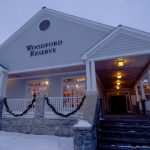 How to get a Maker’s Mark commemorative Justify Bottle

The bottle is black, with a green wax and touches of white, a nod to the WinStar silks worn by jockey Mike Smith when he won the Kentucky Derby.

The commemorative bottle also raises funds for charitable causes. Maker’s Mark and the owners of Justify: WinStar Farm, China Horse Club, Starlight Racing and Head of Plains Partners, will make a donation to benefit the Kentucky Derby Museum and The Ann Hanley Parkinson’s Research Fund, which underwrites work at the University of Kentucky, according to a press release.

Once you get your hands on a commemorative Justify Triple Crown bottle, there will be a featured bottle signing event at the Kentucky Derby Museum in Louisville on Monday, October 29.

Tickets for the signing event will go on sale online October 23 at noon.

Please note that no bottles will be sold at the signing and participant can bring only one Justify Maker’s Mark bottle to the signing. Participants must be 21+.