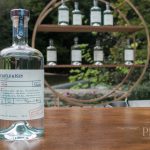 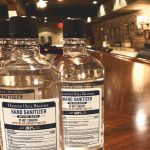 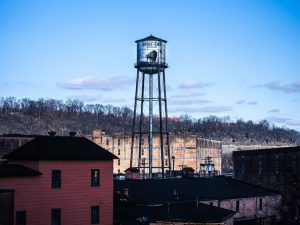 In 2012, the cRc oversaw the sale of new American Oak Kosher barrels to Buffalo Trace Distillery President Mark Brown. These barrels were filled with whiskey and put away in specialty marked “Kosher Whiskey” barrels to age.

It wasn’t until earlier this year when the aging process was completed and ready for bottling. The distillery made sure to flush out all bottling lines to make sure non-Kosher spirits didn’t make it into the bottles.

The new line is limited, but will become an annual release each year after Passover.

Gallons of hand sanitizer donated by the Kentucky distillers