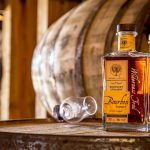 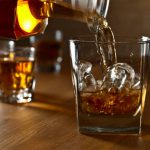 What distillery was awarded this honor? Where are they located? Who gave them the title of craft producer of the year? 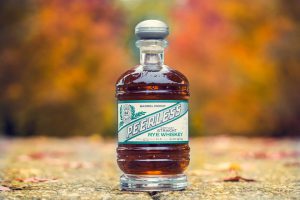 Kentucky Peerless Distilling Co. has been awarded Craft Producer of the Year. Whisky Magazine received over 900 nominations for this award and they, very difficultly, narrowed the list down to 20 craft distilleries. This list didn’t just include companies in the United States, but around the world.

Corky Taylor, fourth generation owner of Peerless, accepted the award in person at the magazine’s Icons Whisky Award Ceremony. “When they played the music for me to walk up there, I can’t tell you how excited I was to get up there and shake the man’s hand and tell him how honored I was to receive this award,” said Taylor.

The first Peerless bourbon was barreled in 1889, but it was Corky and his son who brought the brand back to life in 2014. The Louisville based distillery does its entire distilling process under one roof, including milling and barreling. 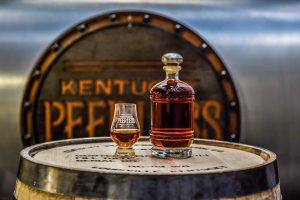 He was asked what Peerless first generation Henry Kraver would think, Taylor said, “I know he’s looking down on us, I know my grandfather is and I know my father is. This is great for our family, but it’s great for everybody who works here at the distillery and who cares about the distillery. We did this as a family.”

Whisky Magazine holds the Icons of Whisky Awards each year. The nominations for different categories are made by the industry peers. The winners are decided by the editorial panel of Whisky Magazine.