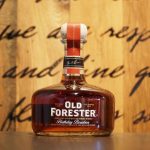 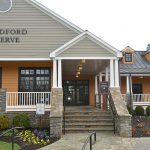 Breeders’ Cup, one of Thoroughbred horse racing’s most prestigious international events, and Maker’s Mark announced the renewal of the brands’ multi-year partnership and Champions for Charity program, which began in 2015 with the goal of raising money for local and Thoroughbred-industry charities.

The new three-year partnership will continue the tradition of creating limited-edition collections of Maker’s Mark bottles that will be released in conjunction with the 2018, 2019 and 2020 Breeders’ Cup World Championships and will be auctioned surrounding each event. In addition to the creation of the special bottles, Maker’s Mark also will be the Exclusive Bourbon of the Breeders’ Cup and a first-time title sponsor of the Maker’s Mark Breeders’ Cup Filly & Mare Turf for the 2018 event.

The second collection of limited-edition Maker’s Mark bottles will kick off in 2018, featuring Breeders’ Cup’s most legendary champions.  The 2018 bottle, will feature D. Wayne Lukas, the all-time leading trainer in Breeders’ Cup history. The design of the 2019 and 2020 bottles will be announced during their respective years.

Fans can begin securing bottles now through the Champions for Charity website.

Proceeds from the 2018 auction will support Old Friends Thoroughbred Retirement Farms and the Kentucky Derby Museum.

Past bottles have featured Zenyatta, one of the most beloved Breeders’ Cup winners of all

time and the first horse to win two different Breeders’ Cup races, and Cigar, the first American racehorse to win 16 consecutive races against top-class competition since 1950.

“The inaugural Champions for Charity program proved successful with our loyal fans and industry supporters so we were eager to renew our partnership with Maker’s Mark,” said Craig Fravel, President and CEO of the Breeders’ Cup. “With the 2018 event taking place in Kentucky, the birthplace of bourbon, this is a perfect moment to kick off a new chapter of the Champions for Charity program. We also thank Maker’s Mark for its expanded partnership with the Breeders’ Cup in becoming the name-in-title sponsor of the Filly & Mare Turf.”

In addition to collaborating with Breeders’ Cup on the one-of-a-kind bottles, Maker’s Mark will curate a signature cocktail to be served at the 2018 event and at all major Breeders’ Cup parties and hospitality events throughout the week, including Taste of the World. The bourbon brand will also become the official sponsor of the $2 million Maker’s Mark Breeders’ Cup Filly & Mare Turf Championship race, which will take place on Saturday of Breeders’ Cup weekend and showcase the world’s best female grass horses.

“Thoroughbred racing has been close to the heart of Maker’s Mark ever since my grandparents founded the brand and the horsemen of Central Kentucky became our first customers and avid supporters,” said Rob Samuels, eighth-generation distiller and Chief Operating Officer of Maker’s Mark: “The industry remains a big part of who we are, and we’re excited to extend our partnership with the Breeders’ Cup both to raise money for their worthy charities as well as honor an icon like D. Wayne Lukas with the next bottle in the series.”

D. Wayne Lukas has won 20 Breeders’ Cup World Championship races – the most by any trainer. He also has recorded 14 wins in Triple Crown races.  Lukas was the first trainer to reach more than $100 million in purse money and has received five Eclipse Awards during his remarkable career– four for Outstanding Trainer and an Eclipse Award of Merit for his lifetime accomplishments.  Lukas is the only trainer to be inducted into both the U.S. Racing and American Quarter Horse Association Halls of Fame.

“I’m honored and humbled to be a part of this great program with Maker’s Mark,” said Lukas. “What a great way to support the entire Thoroughbred industry.”

“We are honored to once again be chosen as the Champions for Charity beneficiary,” said Old Friends president and founder Michael Blowen. “This program has successfully drawn together Kentucky’s signature industries as well as horse racing fans, and we are so proud to be a part of it. It is equally exciting to be honoring D. Wayne Lukas with this coming collectible bottle,” Blowen added. “He has been a great friend and a great supporter of our organization. Our thanks go out to Maker’s Mark and to the Breeders’ Cup for this wonderful opportunity.

“We are truly honored to be a part of the Champions for Charity program, especially when this year’s Maker’s Mark bottle celebrates the legendary D. Wayne Lukas. Lukas has been an extraordinary supporter of the Museum over the years. His iconic career will be showcased in our new exhibit space within our major expansion project, which will open Breeders’ Cup Week.  We are grateful to be included in this program and the support it will lend to capturing the legacy and celebrating the history of Thoroughbred racing,” Kentucky Derby Museum President and CEO Patrick Armstrong said.