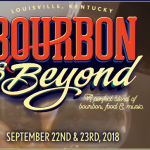 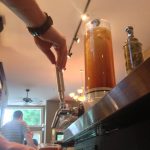 Lexington Craft Beer Week kicks off Friday, May 11 and runs through Sunday, May 20.

The week, featuring special events, tappings, and tastings at bars and breweries across the city is sponsored by Alltech Lexington Brewing and Distilling, Blue Stallion Brewing, Brewgrass Trail, Country Boy Brewing, Ethereal Brewing, HopCat, and West Sixth Brewing. This year, there are over 25 different locations around Lexington that are hosting events.

The “week” has expanded into 10 days of events at restaurants and breweries. Here is a short sampling of events, a full schedule of events can be found at lexbeerscene.com/lcbw 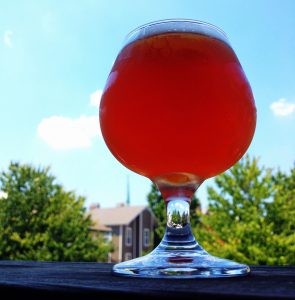 Stop by Whitaker Bank Ballpark for the Lexington Legends vs Delmarva game featuring specialty beers from local breweries, with a special ticket price for a tasting. Box seats and two drink tickets are bundled for a low price. Representatives from each of the breweries will be on-hand to talk about their beers.

Rock House and Nate’s Coffee Brew-off is Saturday, May 12 at 8 am. Rock House is releasing variants of their beers, as well as special releases – all with coffee. Breakfast is provided by Forage Food Truck and local home brewers can compete to produce coffee beers.

Sunday, May 13 is Mother’s Day, and if your mom likes beer there are several events happening. Bear & The Butcher is having a craft beer brunch with Alltech, a “slurring bee” at Blue Stallion, a beer and food pairing at Mr. Brews, and specials at Ethereal, Mirror Twin, and Oscar Diggs. 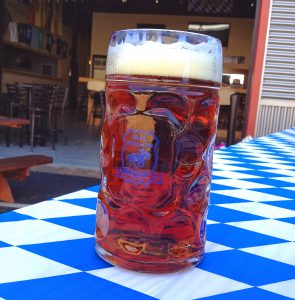 There are plenty of things for foodies this year as well. On Tuesday, May 15 there are several options for beer paired dinners. HopCat hosts a beer dinner with Tennessee Beer Works, Nick Ryan’s pairs with Country Boy, and Winchell’s collaborates with West Sixth.

The Alltech Craft Brews and Food Fest is on May 19 at the Lexington Convention Center. With over 60 breweries and 200 beers, the festival will showcase the finest the craft beer industry has to offer. Come on down to Heritage Hall from noon to 6 pm to put a great finish on your Lexington Craft Beer Week.

Country Boy Brewing hosts their 5th annual Beer Cheese Competition on May 20 at the Chair Avenue location. Come try 50+ beer cheese recipes from local cooks and vote for your favorite!

On May 20, Desserts By Rebecca is making 5 cupcakes using a different Rock House beer as an ingredient. Then, each cupcake is paired with the beer that was used to make it. Tickets include five mini cupcakes paired with five beer samples.

Bourbon and Beyond Festival 2018