Kentucky Peerless Distillery and the Prohibition

The Prohibition. A word and time most bourbon lovers would prefer to never hear about again. Especially the family of the Kentucky Peerless Distilling Company. For most distilleries, breweries, and establishments that sold alcohol, Prohibition only lasted for about 13 years. Unfortunately for Peerless, it lasted for nearly 98 years. 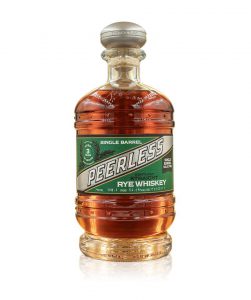 and fifth generations) brought the family business back to life. They have created the new Peerless Distillery in the Bourbon District in Louisville, KY and are currently producing 10 to 12 barrels of bourbon and rye a day.

There have been a few new companies that want to speed up the process of their aged products because they want to get something out in the market. Peerless has been extremely patient with their aging to give its customers that true aged rye. It’s a company that has been around for decades, but still has to work from scratch. Milling, cooking, fermenting, and even double-distilling. In 2017, Peerless Kentucky Straight Rye Whiskey was named #15 Best Whiskey in the World by Whiskey Advocate. So it’s patients is definitely paying off.

This past fall, Peerless released its 3-year old Kentucky Straight Rye Whiskey that is described as “impressively complex”. It will have a high-toned floral note and a hint of savory herbs. Pear, dried apricot fruit, caramel, vanilla, and toasted spice. It’s currently available at the distillery, but will be coming to the market in early 2019.