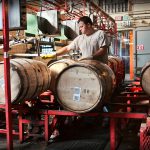 Sean “Diddy” Combs and the makers of CÎROC Ultra Premium Vodka are excited to announce the return of Summer Colada, the first flavor named as part of the 2018 CÎROC Summer Collection. Originally released in 2017 as a limited edition, CÎROC is relaunching the liquid due to its overwhelming success. 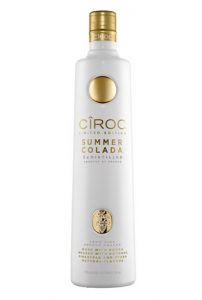 “This summer we’re bringing back Summer Colada, one of our most successful limited edition variants,” said Sean “Diddy” Combs, Chairman of Combs Enterprises. “We’re pairing it with CÎROC fan favorites to create the ultimate Summer Collection. CÎROC continues to grow and thrive with flavor innovation and year after year is a dominant force in the market.”

In honor of the kick-off of the 2018 CÎROC Summer Collection which includes Summer Colada, Peach and Pineapple, CÎROC welcomes Colombian singer and songwriter Karol G. to the family, alongside entertainer Teyana Taylor and Cassie. Each, a singular symbol of fierce femininity, Karol G., Teyana and Cassie have been declared the #CIROCSummerSquad of 2018.

“I’m thrilled to represent CÎROC Summer Colada,” says Karol G. “Diddy’s work has inspired me and everyone in the industry. What excites me the most is their commitment to celebrating women. Diddy and CÎROC are moving culture forward, while communicating the importance of social responsibility.” 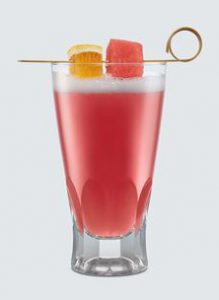 The embodiment of everything enticing about summer, the limited edition flavor is made with CÎROC Ultra Premium Vodka and infused with coconut, pineapple and other natural flavors. The liquid is packaged in an all-white bottle highlighted by the iconic CÎROC orb in gold. Perfect for any summer occasion, CÎROC Summer Colada can be enjoyed on the rocks or with summer citrus flavors such as passion fruit, and is available in limited quantities, through the summer.

Throughout the season, the #CIROCSummerSquad will make its way from coast-to-coast in a nationwide celebration of female empowerment. The initiative kicks off in April with the return
of the Empowered Brunch platform with Variety, a forum bringing together more than 100 influential women in media, music and fashion. 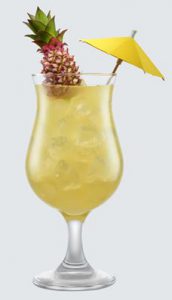 The program features Karol G., Teyana Taylor, and Cassie, alongside honorary keynote speakers including Priyanka Chopra, Sophia Bush and more. To further support the brand’s commitment to this campaign, CÎROC partners with Dress for Success, a non-profit organization that economically empowers women around the world. In addition to making a financial contribution to select local chapters, the brand will support their Suiting program and donate 100 professional garments to represent each of their 100 empowered honorees. The initiative is designed to help women gain the confidence they need to reenter the workforce. 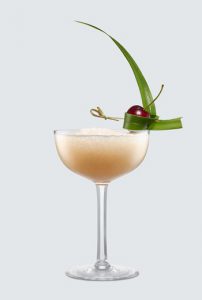 The celebration continues as CÎROC and the #CIROCSummerSquad head to music’s biggest festival in the California desert and raise a glass to French Montana and DJ Khaled. Throughout the weekend, festival performers will get down in the desert, treating guests to a taste of the 2018 Summer Collection at the Revolve House with additional parties, pop-ups and activations to-be-announced.

For the duration of the summer CÎROC keeps the summer spirit alive with a local market event series in select cities nationwide that celebrate the liquid, the lifestyle and the best of the season.

In honor of the relaunch of Summer Colada, CÎROC has created the following signature cocktails: