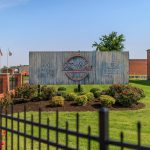 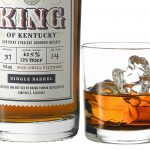 The event took place at the new Kentucky Bourbon Trail Welcome Center at the Frazier History Museum along Louisville’s famed Whiskey Row, with more than 100 elected officials and dignitaries from the state’s legendary distilling and tourism industries in attendance.

“This is landmark day in the history of our timeless craft,” said Eric Gregory, president of the Kentucky Distillers’ Association that advocated for the law’s passage. “Ever since the KDA created the Kentucky Bourbon Trail tour, visitors have demanded the right to ship bottles home and to friends around the world.

“We’re extremely proud of this bipartisan effort and offer our thanks to Gov. Bevin, legislative leaders, industry partners and most of all, our 39 members who are working in unison to strengthen Kentucky’s rightful title as the one, true and authentic home for Bourbon and distilled spirits.” 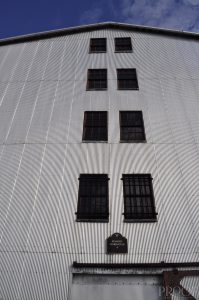 During his term, Kentucky has led the country in reforming Prohibition-era alcohol policies, including new laws to allow the sale of cocktails at distilleries and to permit the sale of vintage spirits to attract more tourists and whiskey connoisseurs from all over the world.

“House Bill 400 is an important step in eliminating red tape and modernizing one of the Commonwealth’s signature industries,” he said. “This new law will promote economic development and increase tourism opportunities, ensuring that visitors can take a little piece of Kentucky home with them when they leave.”

Rob Samuels, Chief Operating Officer of Maker’s Mark and Chairman of the KDA Board of Directors, said, “This is an important piece of legislation for distillers across Kentucky, allowing us a benefit that wineries in California have had for many years.

The new law allows visitors to ship up to 4.5 liters of spirits and four cases of wine per person when they visit a Kentucky distillery or winery. Guests also can sign up for Bourbon and wine “Clubs of the Month” and receive unique shipments of Kentucky’s products throughout the year.

Visitors can only send bottles if the destination state allows alcohol shipments and the location isn’t a dry territory. Currently, 44 states allow wine shipments, while only seven states plus the District of Columbia accept spirits.

Kentucky’s new shipping law is being viewed as model legislation which other states have already shown interest in adopting. Gregory said the KDA worked closely with UPS Airlines, which is headquartered in Louisville, on bill language that other states could use to ensure consistency for common carriers. 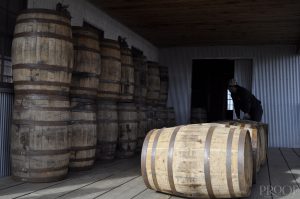 The new law requires in-person sales at Kentucky distilleries in order to ship, which conforms Kentucky’s law to the three-tier system of alcohol distribution.
The chief sponsor of the legislation, Rep. Chad McCoy, sees this as an historic step forward for our Commonwealth and the nation.

McCoy saluted the creation of Bourbon, wine and spirits “of the month” clubs, which allows bottles to be shipped to visitors throughout the year. This will heighten brand awareness and prolongs our guests’ connection to the Commonwealth,” he said.

The highlight of the ceremonial bill signing was the inaugural shipping of the first Bourbon bottles in Kentucky. Joined by Samuels, Gregory and D’Andrea, Gov. Bevin helped package a commemorative bottle of Maker’s 46 in a special shipping box and loaded onto a UPS truck for delivery.

Louisville Mayor Greg Fischer then offered a toast as 18 commemorative bottles from KDA Board member distilleries were loaded to be shipped around the state to key legislators and dignitaries. He cheered Louisville’s growing “Bourbonism” movement that has significantly boosted the local economy. 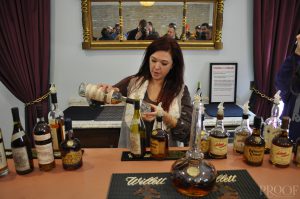 our distilleries to ship bottles of our famous spirit home,” Mayor Greg Fischer said. “It’s a win for the economy, and it shows what’s possible when we come together for the common good in the Commonwealth.”

The interactive, state-of-the-art experience will include Kentucky Bourbon-related historical exhibits and educate visitors on why the Bluegrass has the perfect mix of water, climate, corn and natural conditions that make it the one, true, authentic home of America’s only native spirit.

A main feature will be a Kentucky Bourbon Trail concierge service located in the museum’s new entrance that will help thousands of visitors plan their trip to KBT and KBTCT distilleries, as well as navigating Louisville’s burgeoning Bourbon culinary and nightlife scene.

“We are honored to host Governor Bevin for today’s signing and the first-ever Bourbon without Borders shipment,” said Frazier History Museum President Penny Peavler. “As the official starting point of the Kentucky Bourbon Trail tours, we expect thousands of visitors to ship Bourbon from our museum store, so we are thrilled that it starts here.”

King of Kentucky Bourbon is a Blast from the Past