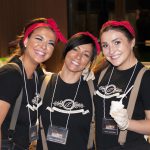 Two months after Alltech founder Pearse Lyons passed away, the Alltech ONE18 Ideas Conference took center stage in Lexington, Kentucky for a global discussion regarding the the booming business of brewing and distilling.

Attendees found themselves immersed in the focus sessions as speakers from around the world provided insight into the innovation, the history and the trends within the industry and exchanged powerful ideas in the process.

Alltech President Dr. Mark Lyons, the son of Pearse, discussed the value of ideas and the reach they have to impact the businesses and the need for innovative change. Pearse’s brother John, spoke fondly of his brother in recalling his memory and old stories and the vision he had for the future of Alltech and the passion he had for the brewing industry.

“Anything to do with beer or whiskey made him happy,” John said.

Among the notable speakers for the day was Chris Morris, Woodford Reserve Master Distiller, Brown-Forman.  Morris was the key speaker for “The Alchemy of Bourbon” focus discussion.

Morris, a visionary in the bourbon industry, opened up about the origins leading to his creation of the Bourbon Flavor Wheel in 2000. Listening to numerous reviews of the taste of bourbon whiskey as tasting like “mature bourbon,’ Morris knew there had to be more to it than ‘mature bourbon.’

“In the early 1990s, Single Malt Scotch arrived in the U.S. with flavor notes. I thought that was incredible,” Morris said. “Wine starts to publish taste notes and then I found out there’s this thing called the Malt Flavor Wheel, a wine flavor wheel while bourbon whiskey had nothing” Wanting to put bourbon whiskey on the same playing field as Scotch and Cognac,in 1992, Morris started using taste descriptors with some of his brands but the industry wasn’t ready for it. Highly respected historical distillers like Jimmy Russell and Elmer T. Lee called Morris the “Fufu distiller.” It wasn’t considered masculine for taste notes. A few years later, Wild Turkey, Maker’s Mark and others jumped on to the trend.

Nearly 30 years after changing the industry, Morris still have a visionary spirit and no shortage of goals for the future. He isn’t shy about about his mission.

“To elevate the perception of bourbon,” Morris said.

They conveyed to those in attendance the gaps America still needs to overcome in the gin market while also illustrating the incredible journey gin has made from the 1700s where it was synonymous with drunkenness and the slums all the way to its high class perception in the modern era.

Over the course of three days, the leading entrepreneurs showcased and exchanged their ideas to keep growing and bettering the industry, build on leadership and understanding the modern consumer and enthusiast and above all else, lend credence to the idea of “one”…the power of one person making a difference.

Bourbon, Brews, & Beverages at Taste of the Bluegrass